Five Nights in Anime 2 is the sequel to the FNAF horror animatronics. In this part, you will see the same horror background from FNAF, the player still works as a security guard and fights with animatronics. But the difference is that mechanical dolls look like beautiful girls, and the action takes place in a building for various parties, and not in a pizzeria.

Surveillance cameras with monitors and a door control panel are still available to the user. Despite their attractive appearance, animatronics are still dangerous and can take the life of the protagonist. Watch the puppets on the screen, close the doors and use the flashlight to highlight the danger points. The game added a calculation of the cost of electricity, the consumption of which now matters.

The FNiA 2 version combines several parts of FNAF. Characters and interaction with heroes, as well as the door control system, migrated from the first part. From the second part, the appearance of the dolls is used, and the ventilation shafts are borrowed from the third part.

In the proposed parody, new locations are implemented: Mangle Cove, the main hall and the stage, which were not in the original script. The plot remains the same: the player spends five long nights in the office from midnight to morning with the main task - to survive.

The presented game can interest everyone. The seductive robots look so good that the player wants to return to them again and again. The user needs to try to keep the guard intact. If you fail, you will have to start over.
The game has age restrictions 16+
Screenshots 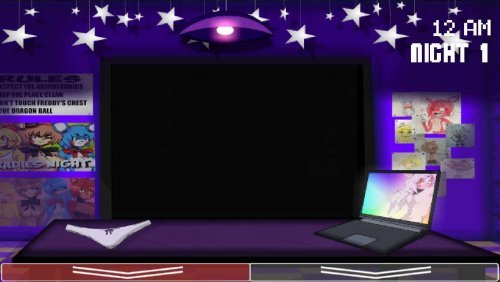 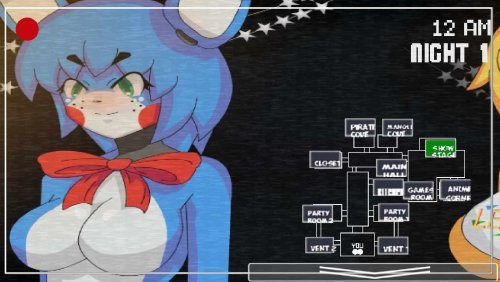 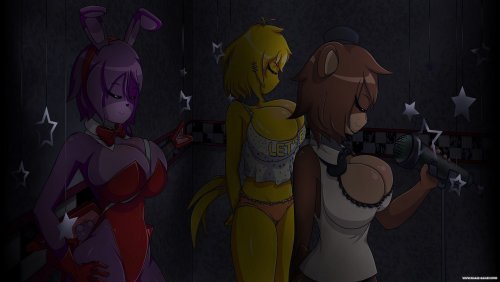 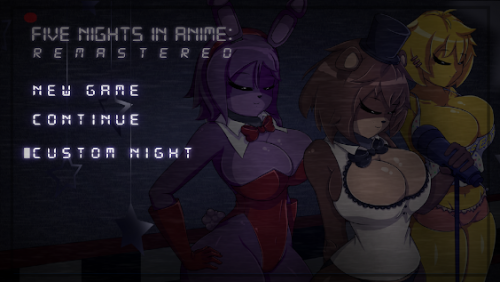 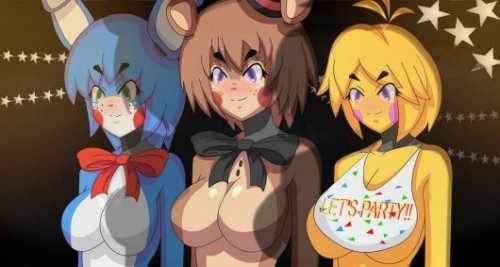