Super Sus is an exciting 3D role-playing game for those who want to have fun with friends from all over the world. The application will allow you to live an extraordinary experience in virtual space with a faithful crew of astronauts.

You and your team will have to prevent the crash of the starship by interacting with each other. But there will also be impostors on board, whose task is to kill you, the astronauts, and there will also be neutral characters, only three large factions of participants.

On your spaceship, beware not only impostors, but also the so-called neutrals. These players have their own role in this universe and their own personal tasks. All participants have their own paths on the verge of light and darkness, fight on! To survive, destroy enemies or save the world - depending on what role is assigned to you this time.

Super Sus is the continuation of the acclaimed series of multiplayer games Super Sus: Who is the Imposter! What the developers have added is new: additional tasks - now, in addition to voting for and against shipmates, you need to turn on logic and develop strategies to find hidden enemies on board.

In each game session, you get a random role. Each space map is divided into several rooms that you need to go through. The special game mode Squid Game further expands the possibilities in the game. You can complete Super Sus in classic mode or in a tournament, fighting against other users. Go ahead, save your crew, or vice versa, destroy everything in your path. 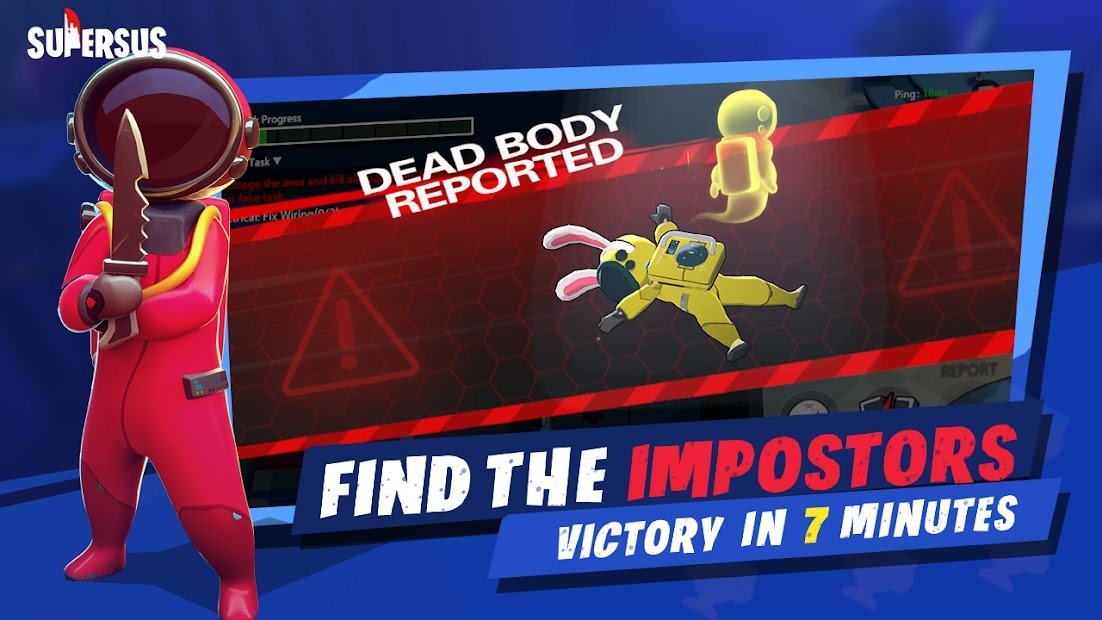 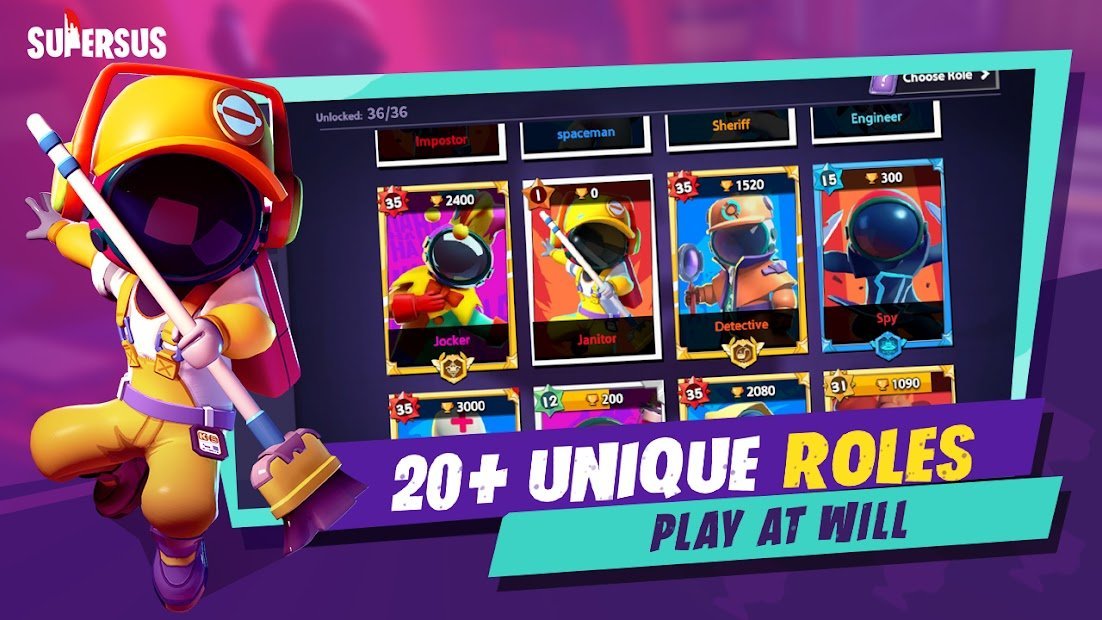 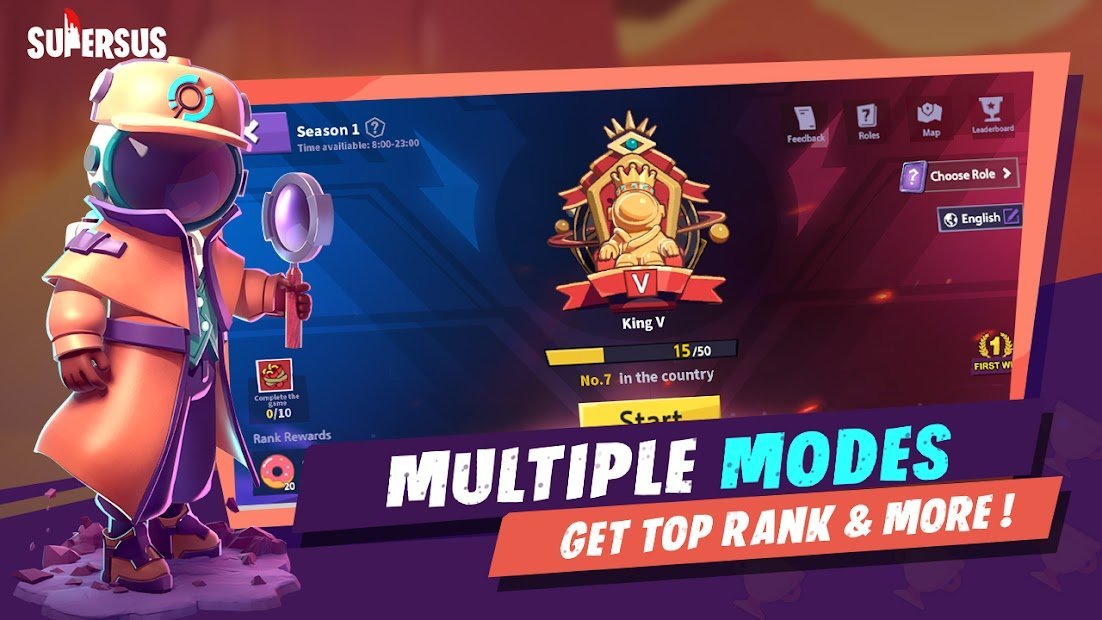